Good morning. Leigh is this week's TCP Tuesday (TCPTUES195) challenge hostess which as per usual is one of her always oh-so-interesting sketches.


I decided to use Love Stinks from the January release again. And face it, love does stink sometimes. Take Larry here with his practical gift for his sweetie while little Daryl-ette has given him her heart. But hey, at least his gift faux pas was mitigated somewhat by the fact that it was at least a pink fish! And maybe he is that really steady guy who doesn't do the sweeping romantic gestures, but shows his love by airing your tires when they are low.

After stamping the two images and a sentiment I cut out with Spellbinders Nestabilities with some out of the circle action. There wasn't much Copic coloring to do especially since I paper pieced the fish and the heart. To make the banner I used one of the pieces from the Circus Panels CutUps. I trimmed them down and then punched holes, stringing them together with Peppermint Divine Twine. Some TCP jewels and hearts left over from the Hearts Rosette CutUps provided the finishing touches. 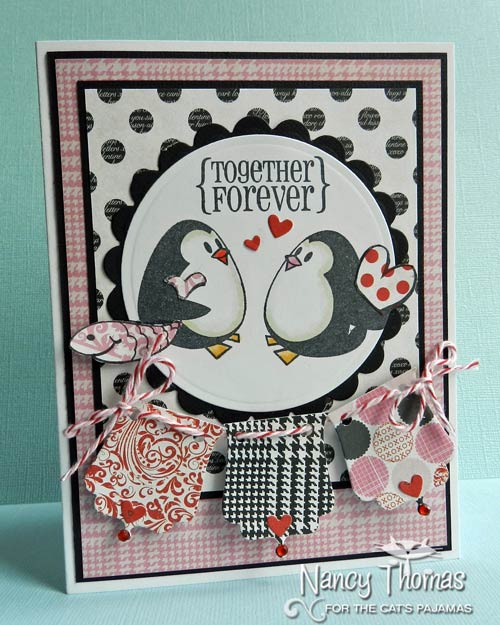 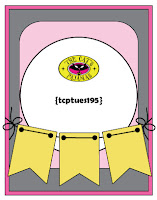 Products: The Cat's Pajamas stamp and CutUps, Divine Twine, Echo Park dp, TPC jewels, Spellbinders Nestabilities, Copic Markers
Copics:W00, E81, R81, R83, R22, R24, YR20, YR23, RV0000
All the details for this TCP Tuesday challenge can be found on Alma’s blog. As always, there is potential for fame (Pick of the Litter) and/or fortune (Pick of the Week) and possibly even Swanky Stamper of the Month.

Email ThisBlogThis!Share to TwitterShare to FacebookShare to Pinterest
Labels: The Cat's Pajamas