Handmade (and a Sunday driveby)

Today's card is for this week's My Favorite Things Wednesday Stamp Club sketch (MFTWSC72). I don't post often on Sunday's but it's been a while since I've had a chance to join in. I've been doing a lot of design team work that has just not allowed time for anything else creatively speaking. So yesterday, I spent a couple of hours making this card as well as going back to a previous sketch. I'll post the second one later in the week.

I stamped the dress form from the MFT Sew Nifty set onto patterned paper and then cut it out with the matching Die-namics. I decided to dress it up by adding a tulle skirt with a ribbon waistband. I wrapped a Wilton paper doily around the panel and then attached the stamped image to it, adding a miniature thread spool which has a Dritz button stickpin in the middle. The sentiment was stamped onto one of the mini doilies cut with the MFT Mini Doily Circle Die-namics. The paper is all from the new My Mind's Eye Indie Chic (Nutmeg) 6x6 pad.  And of course I had to add a bit of stitching since it was a sewing themed card. 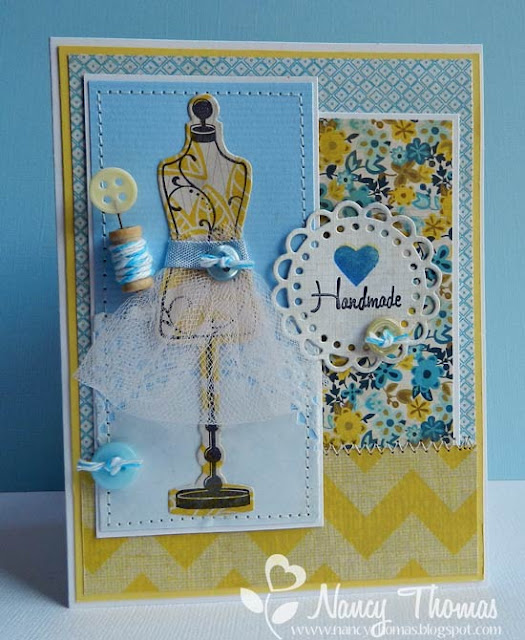 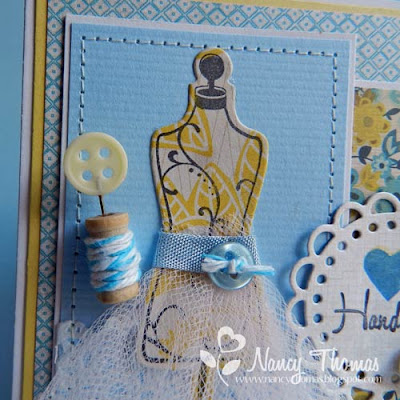 And for a Sunday driveby:

Have a great rest of the weekend. As always, thank you for stopping by.

Email ThisBlogThis!Share to TwitterShare to FacebookShare to Pinterest
Labels: My Favorite Things