One Cup at a Time

Did you see that I won the entire Anni-VERVE-sary release? You can read about it here. And when I say the entire release, I mean EVERYTHING down to the sequins. Julee shipped it out super fast and I received on Friday which was even before the products were officially released. Here's a photo (Zoe had to get in on the act). Thank you so much Verve! 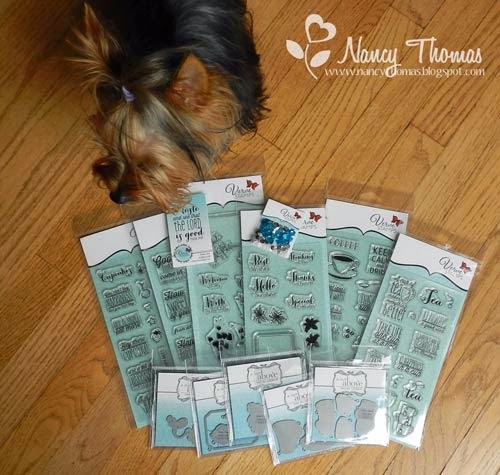 I was two sketches behind in the August Viva la Verve sketches so I got to work this weekend, using Sketch 4 for the layout of this card. I stamped the sentiment from the new One Cup set onto a rectangle, then tied the twill tape around it. I used a die from the Cuppa Tea set to cut the cup stack from Copics X-Press It cardstock and then stamped the matching image onto it. After coloring with Copic markers, I attached the piece to the side of the sentiment panel with dimensional dots. All the patterned paper came from the American Crafts Soho Garden pad. 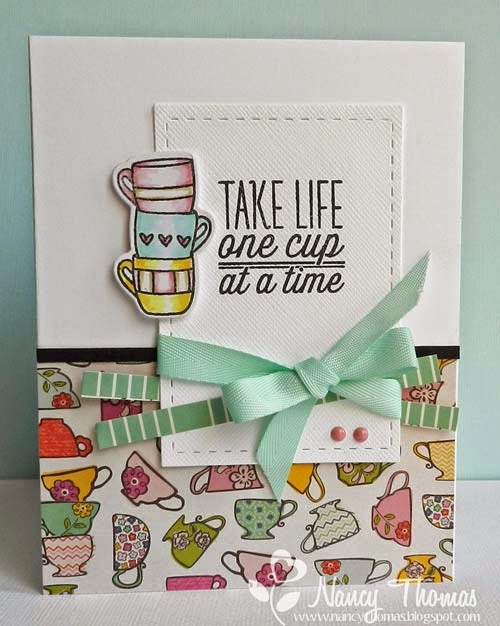 That's it for today. I'm off to church soon. Have a great rest of the weekend.

Email ThisBlogThis!Share to TwitterShare to FacebookShare to Pinterest
Labels: Verve